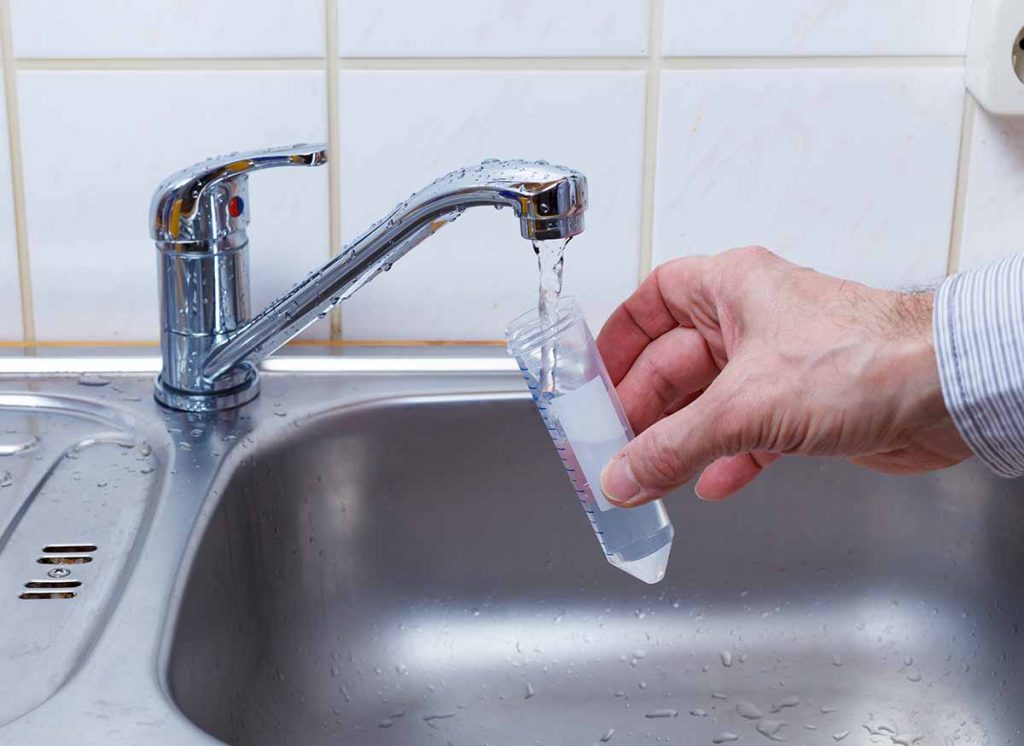 There are currently many contaminants that contribute to the impurity of our water. Due to the deterioration of the environment and the rampant usage of chemicals and metals in our industrialized world, it is difficult to keep our drinking water safe from toxins.

One of the water contaminants we have today is Nickel. Nickel is a type of metal that is present all around us. It is often used in coins, in making stainless steel and alloys, welding products and electronics. Nickel is used extensively. In fact, 8% of nickel is used in household appliances. It is also present in some tablets and other medications, but only in a very small amount.

Nickel is a popular element that we use widely. The reason for this is mainly because of its hardness, strength and its capacity to withstand heat and corrosive elements.

Nickel is necessary for the human body. Our body requires a certain amount of nickel. Despite that, however, the ingestion of nickel in more than the necessary amount can have certain health hazards. Long-time exposure to nickel can also cause various health problems.

If you ingest water with a high concentration of nickel, chances are you will exhibit symptoms such as nausea, diarrhea, vomiting, shortness of breath and headache. Research shows that people who have ingested nickel also show symptoms of abnormalities in the kidneys.

Getting Rid of Nickel

Despite the fact that nickel contamination is not widespread in groundwater in the U.S., if a huge concentration of it is found in your water, you should be alarmed. There is a way to safeguard your household from nickel contamination along with other contaminants. For Nickel, the installation of a reverse osmosis water treatment system is highly recommended by water experts.

Reverse Osmosis systems remove impurities from your water. These impurities can include chlorine, odors, metals, salt, sediments and other sediments. RO systems pass water through a thin membrane that separates water and the impurities that contaminated it. It’s the exact system you need to get rid of nickel present in your water. Reverse osmosis systems are easy to install and does not demand too much maintenance. The filters of the RO systems require changing once a year. The membrane should be changed within three to five years but other than that, RO systems will provide your household with purified, safe water without the hassle.

Turbidity is an optical characteristic of water that is defined as the degree of cloudiness. More specifically, the level of turbidity can describe the effectiveness of a filtration system installation or the basic level of your water quality. The particles can include clay, silt, algae, and microbes.

Turbidity in your drinking water is not only aesthetically displeasing, but also can be a sign of overactive harmful microorganism activity.

Where does it come from and why is it bad?

Turbidity is the result of soil and urban runoff, waste discharge, and excessive algal growth, according to the US Environmental Protection Agency. Higher turbidity means there is a higher concentration of suspended particles, which absorb heat. With higher amounts of suspended particles, the temperature of the water ultimately increases.

Elevated water temperature can create a breeding ground for bacteria, parasites, and viruses. Turbid water can promote the growth of micro-habitats for such microorganisms. For this reason, high turbidity water in many studies has shown to be correlated with outbreaks of waterborne diseases.

These particles clog up pipes and water treatment systems, so generally, filtration is the last step in the treatment process for this kind of water issue.

Many treatments exist for getting rid of high turbidity, but most rely on injecting a substance that will coagulate the suspended particles into larger clumps.

Alum is the most commonly used coagulant. Although, chlorine or hydrogen peroxide injection can also precede filtration.  The newly formed clumps can then be filtered out of solution using a sediment filter or a Reverse Osmosis system.

Giardia – Its Effects, How to Test for It, and How to Treat It

Giardia effects – According to the EPA’s Giardia fact sheet: Giardia (je-ar’de-ah) are protozoan parasites which occur in a trophozoite and an oval-shaped cyst form.  They are commonly excreted in the feces of an infected host, after which they can move freely through the environment. Infection is transmitted when these excreted cysts are ingested by another suitable host.Read More

The Effects of Lead and How to Treat It

While lead is useful in many industrial applications, in water lead is a toxic metal that can cause serious damage to the brain, organs and blood cells over time. Lead occurs naturally in ground waters throughout the world, but most contamination of lead in drinking water comes from lead leaching from service pipes, fixtures, valves, and other materials containing lead.  Read More

There are many factors that may cause cloudy or turbid water.  The most common causes of turbidity are organic matter, and/or colloidal solids that are too small and too fine to settle out properly. These suspended particles can cause problems with disinfection processes, and can also be an indicator of bacterial activity in water.Read More

Testing for and Treating Fluoride

Testing flouride, Treating Fluoride.  Fluoride occurs naturally in ground waters throughout the world, and is found in trace amounts in many foods.  In many countries, including the U.S., flouride is purposely introduced into drinking water supplies in concentrations of approximately 1.0 ppm (milligrams/liter) for the purpose of reducing dental cavities.Read More

Testing for and Treating Copper

Copper occurs most commonly in drinking water due to corrosion of copper pipes. Such corrosion can have many causes, but is usually a symptom of overly acidic water or high TDS, chlorine, or oxygen content.
Read More

Sodium in Well Water: Is It Harmful? (Answer: Not Really)

According to the World Health Organization, “the sodium ion is ubiquitous in water.”[1] Sodium is on the EPA’s Contaminate Candidate List, a list of contaminants that are known to occur in public water systems and may require regulations under the Safe Drinking Water Act, but are not currently subject to “any proposed or promulgated national primary drinking regulation.”[2]Read More

A Guide to Chloride: Its Effects, How to Test for It, and How to Remove It from Your Water

A Guide to Chloride: Its Effects, How to Test for It Chloride is one of the most common anions found in tap water. It generally combines with calcium, magnesium, or sodium to form various salts: for example, sodium chloride (NaCl) is formed when chloride and sodium combine. Chloride occurs naturally in ground water, but is found in greater concentrations where seawater and run-off from road salts (salts used to de-ice icy roads) can make their way into water sources. As such, well owners near snowy roads or road salting storage facilities are especially at risk for high levels of sodium chloride.Read More